Gosh, the spring solstice is right around the corner. The light is here, now all we need is some warmth. As I look to the north, the hills over Ambleside are covered in snow and we are expecting a hard frost tonight. Still, when the sun shines, the greenhouse and polytunnel warm up considerably and the vents have to be opened even if the outside soil temperature is still too cold to be thinking about planting potatoes. We normally like to get in our first earlies around St Patrick’s Day but with climate change nothing is normal especially in these last few decades. 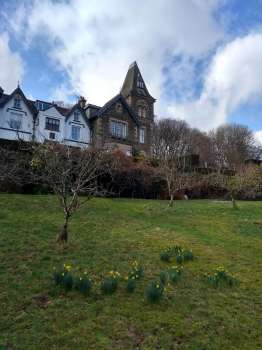 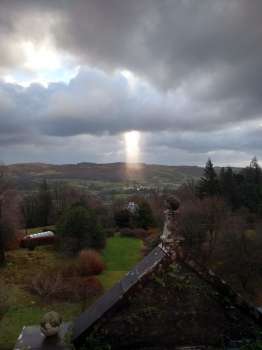 Speaking of which, we celebrate our 26th birthday at Yewfield today: 17 March 1993 was the day we moved in. In our first year we didn’t do much to the gardens and land as we wanted to get to know the place first. We had come from the south and were new to the Lake District. It felt like another continent. We pondered questions such as where was the arc of the sun falling on the garden? Where were the poorly drained, the well drained, the deep and the shallow soils? Where did the damaging winds come from and where was there shelter? Where would we want to have morning coffee and afternoon tea on a warm day that is near the house? So many questions and last but not least, what did we want from the garden, how would we use it? Of course gardens are always evolving and adapting as our needs and wants change not to mention the needs of wildlife as well. Along with a productive garden full of vegetables and flowers for us and our guests we wanted to create a garden that was good for pollinators and birds too.

By the way, two strong hives of our bees have come through the winter. Hoorah! They are waiting patiently for a bit of warmth to get out and forage. Willow buds are near to bursting and daffodils are in full bloom now. Come on spring!

Saying that, most gardeners I know have mixed feelings about the coming of spring. Last Friday we hurried to finish pruning the apple trees and pollarding buddleja, guelder rose and willow before bud burst. There is so much to fit in during March. Next week as part of our Countryside Stewardship agreement we need to plant a 46-metre native hedge. It will provide another habitat at Yewfield for our beleaguered pollinators and nesting birds. We are also adding some nesting boxes around the land for declining species such as tree sparrow, bats, kestrels and tawny owls. 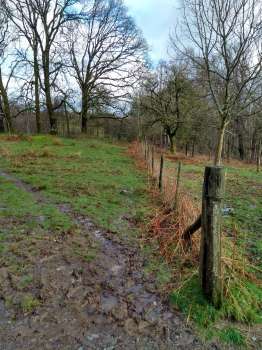 With this late spring we have delayed sowing seeds but when we feel that warmth creeping in to the greenhouse as the sun peeps around the yew tree in the morning we know we had better get a move on. Dahlias are pulled out of cold storage and perennials nursed through the winter are potted up for the plant table.

One job for this time of year, which we always vow to do earlier but never get round to, is splitting up and replanting tired clumps of spring bulbs. We have some well established snowdrops, vital as an early source of pollen for bees, along with native daffodils that are slowly going blind as they exhaust the soil where they sit year after year. This year that job will get pushed up the priority list, once we plant the hedge, finish the pruning, compost the veg beds, pot up and divide perennials… phew. No wonder we had put off dividing those bulbs. Who said the gardening year starts at Easter? 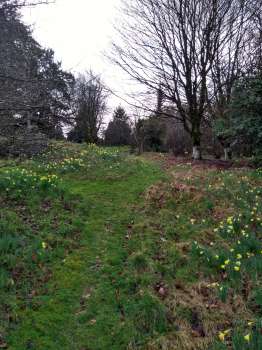