Writing this at the end of December, Storm Frank, the third major storm here in Cumbria this month, is lashing the windows of the house with torrential, horizontal rain. High winds and four inches of rain in twelve hours is forecast. One wonders how tree roots in saturated ground get any purchase in gale force winds. Some don’t of course and we will see how many have succumbed tomorrow.

Along with the immense human suffering this month’s weather has brought, I think about the effect the floods are having on non human creatures. What do voles, bumblebees, soil invertebrates and other ground inhabiting and hibernating creatures do when their homes are repeatedly flooded?

Still, extreme weather provides opportunity as well. This year we will have lots of firewood if we can buck, split, stack and cover it before winter’s end. One summers drying for most wood, save oak, if split and stacked under cover should give us dry enough firewood for our eight wood stoves next winter. But also where trees come down there is space and light to plant more.

In Sawrey Ground Plantation near Tarn Hows where we have 50 acres of mostly larch plantation replanting is vital as tree diseases such as larch disease and ash dieback are becoming established in the Lake District. Replacement planting with a diversity of native and non native species that are site specific to replace larch and ash will create future forests that are productive for biomass to heat the guest house, self perpetuating, attractive to wildlife, help ameliorate flooding and absorb carbon. In other words we are planting for resilience in an unstable future. For land custodians at the dawn of a new year hope always springs eternal. 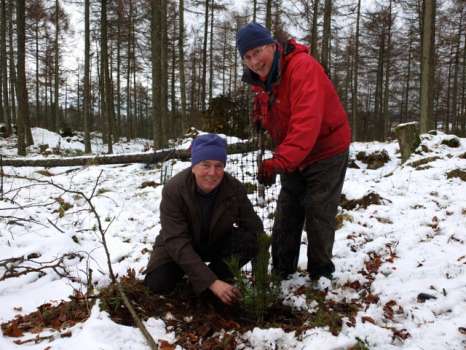 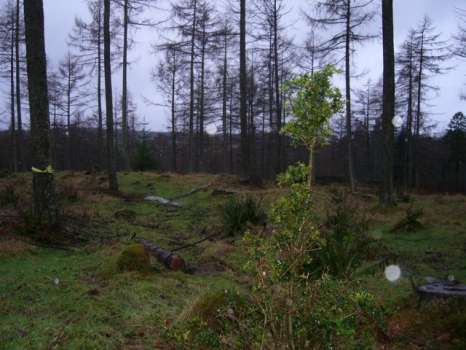