As the season’s change so do the predominant colours that go with them. Early to mid spring host the whites and yellows - think hawthorn, pignut, sweet cicely and meadow buttercup and in Yewfield’s garden apple blossom and the vanilla scented Wilson’s clematis dominate. These have recently faded or merged with the pinks, reds and blues of red campion, red clover and self heal in the meadows and now the glory of roses, geraniums, alliums and the ephemeral oriental poppy in the garden. Soon purples will make their entry such as knapweed, betony and great burnet beyond the garden hedge with their near relatives in our garden being melancholy thistle and the blowsy cultivated burnets. Later these will merge or give way to the strong reds and yellows of high summer. I love these passing displays. They are like changing exhibitions in Nature’s grand gallery. 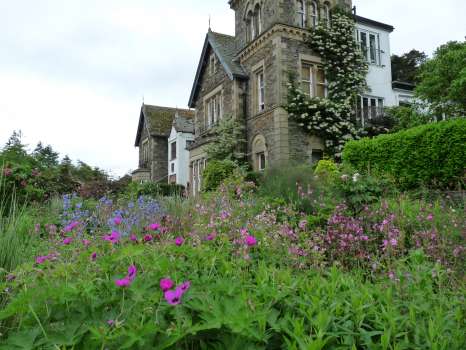 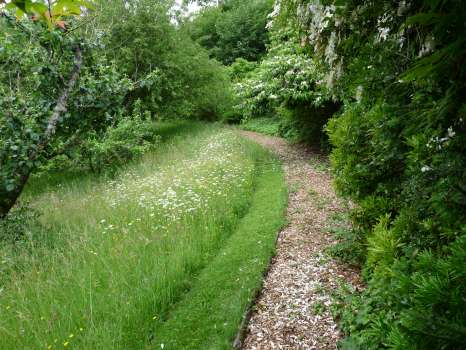 Last week we had a school group come and help us in Sawrey Ground Plantation. Eighty secondary age students and staff helped us water and mulch our newly planted trees, clear an area for a future rudimentary campsite for small groups of hikers doing D of E treks through the Lake District, brashing a young larch plantation for easier passage of humans and horses, planting more aspen, birch and beech and creating a new deer proof enclosure around the new planting. Despite worrying it would be a logistical nightmare to organise 80 people, it all went pretty smoothly thanks to the cooperative spirit in the group. The rain held off until just before lunch whereupon we marched down to the yoga studio to a roaring fire in the Jotul and a hot meal of vegetarian chili, baked potatoes and garden salad prepared by Derek. A big thanks to Brockwood Park School. (www.brockwoodpark.org.uk) 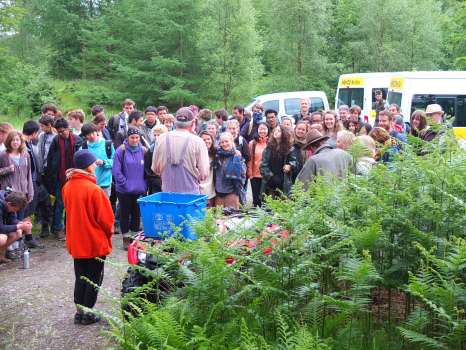 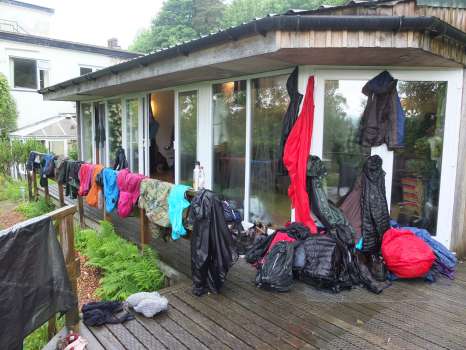