Every cloud has a silver lining

Covid 19 has, so far, avoided us at Yewfield. In spite of the guest house and self catering flats being closed, work in the garden goes on. It is spring after all, or so we thought. The clocks changed last night but we have had snow flurries this morning. Yesterday we heard a chiff chaff who was probably wondering if it was a good idea to come back this week. A cold front has moved in from Iceland and in spite of the drop in temperature we welcome the dry weather it brings after the wettest winter in memory.

We have been taking advantage of the dry weather to prune our apple trees, plant early and second early potatoes and mulch the patio and veg gardens with our home made compost. But we are worried about our box cones on the patio as they have suffered terribly from box blight this winter. Even tho they are on well drained ground the persistent wet weather was too much. We discussed whether to replace them with yew this spring but decided in the end to give them another chance. We’ve collected the infected leaves, mulched and fed them well with compost and chicken manure pellets and we’ll see what happens. It is a debate many gardeners around the country will be having as box is such an iconic and important feature in many gardens. 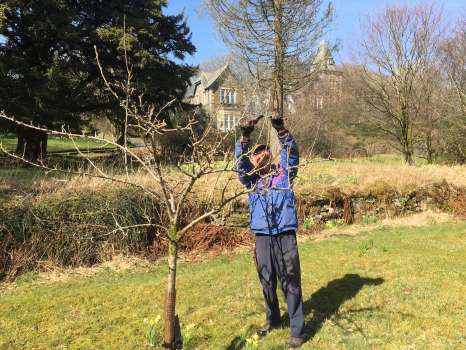 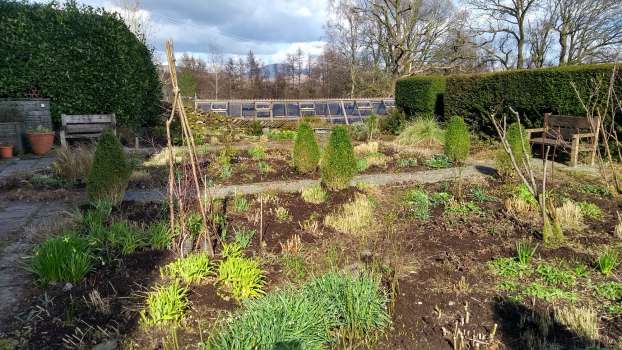 After five years of being rabbit free due to myxomatosis they have returned this winter. Tulips, day lilies and many other emerging plants are being hammered. Pheasants are also wandering around as if they own the place pecking randomly at whatever catches their eye. I noted that in a recent RHS The Garden issue that the Spanish slug has finally been recognised as a major pest. We have been battling with them for the last couple of years but little mention was made in the gardening press. I presume it was because they were not widely distributed in the UK being more prevalent in the wetter parts of the country. I am pinning my hopes this year on Grazers. I have mentioned it in previous posts in relation to deer and rabbit damage but since then the company has come up with a new formulation for slugs and snails. With our gardens getting much more attention during the virus lockdown I imagine many more innovative solutions to pests will emerge. Let’s hope Grazers works. Every cloud has to have a silver lining. 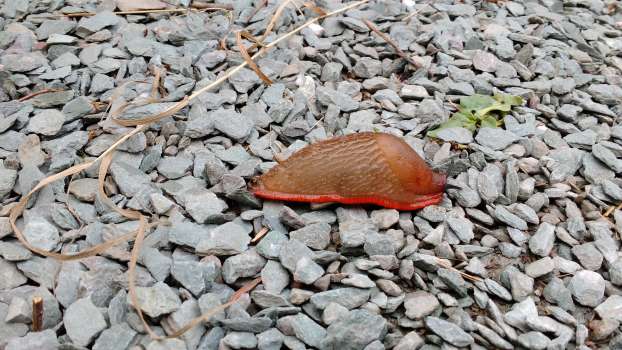 One plant free from the attentions of deer, rabbits and Spanish slugs is our native daffodil Narcissus lobularis. Over the years we have been planting informal groups here and there around the garden and they have bulked up and seeded on their own forming cheerful splashes of colour at this drab time of year. They are also an important pollen source for our honey bees and emerging bumblebee queens daring to venture out in this fickle weather. Wordsworth immortalised the species in his poem "I Wandered Lonely as a Cloud" when he and his sister Dorothy came upon a clump of them on the shore of Ullswater. It is the 250th anniversary of Wordsworth's birth this year so it is only right that the native daffodil is our plant of the month. 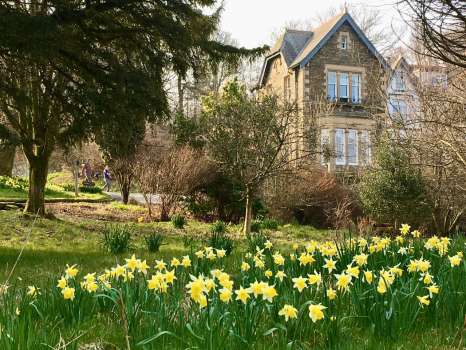