This time last week I was spreading salted grit and scraping a layer of icy snow off the drive. No snowflake would stand a chance today in the high sun and we can begin to trust in spring. It is however an in-between time, on the cusp between winter and spring. Last night a heavy frost frilled new vegetation in ice crystals, yet this afternoon I gratefully harvested spinach, chard and kale shoots from the polytunnel. 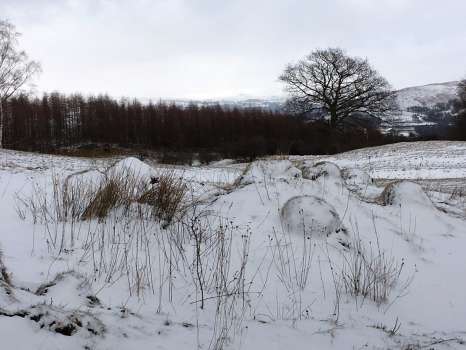 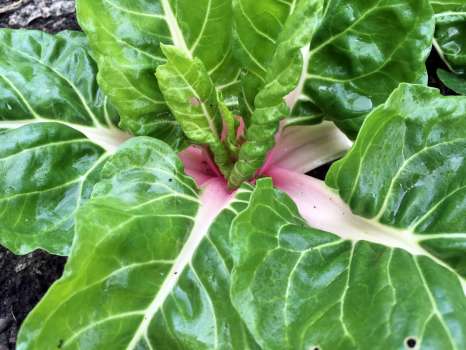 In the hedgerows winter’s litter lies higgledy-piggledy but amongst the leaves and twigs rosettes of primrose leaves burgeon, while still sheltering their heart of tight flower buds, and the fresh foliage of Welsh poppy and hedge garlic sprout confidently through the debris.

Every day I listen out for the first migrants - willow warbler or cliff chaff - but so far it is an ever-swelling chorus of resident birds that have found their spring voices. The flourish of chaffinch, the trilling frenzy of wren, the sundown flutings of song thrush and the talkative tawny owls through the night remind us that the season is already in full swing for some.

Down at the little tarn a pair of mallards busies itself and a couple of Canada geese visit daily, as they do every year at about this time for a week or so, before leaving us to raise their brood elsewhere. I would like to think of our tarn as a safe place for waterfowl to raise their young, but the truth is that there is an imbalance of predators that have easy access to the nests hidden on the tiny island, or on floating platforms amongst the reeds and sedges. Carrion crow, heron, otter (perhaps), mink and fox are all threats, as is the presence of people and dogs around the tarn. Although we often see moorhen, little grebe and tufted duck prospecting they generally make the wise decision to move on. In the last eight years a pair of moorhen has nested here every year, but in all that time I have only seen one chick raised to the juvenile stage. Let’s hope the frogs and toads do better - mounds of frogspawn already sway in the shallows, for the most part unaffected by the bitter cold weather we have had of late.

It’s been a long, cold winter but now the spring equinox has passed and the clocks have leapt forward, lengthening our afternoons. The starting gates have lifted and we are beginning to accelerate in an inexorable rush to the summer solstice in that great expansion of warmth, light and energy that will keep gardeners and all other creatures busy. This year’s early Easter will bring a good showing of daffodils next weekend and - weather permitting - the Lake District will look at its promising best. 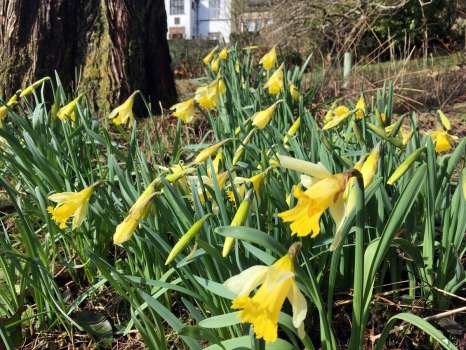