Timing is critical in spring not only for a gardener but also in nature. When to prune, when to sow, when to weed are skills mostly gained from experience rather than from books. Each year is different. Last year we planted potatoes in mid-March but this year the soil was to cold and wet in March so we waited until April. Last year we shut up the hay meadows at the beginning of April but this year growth has been so late we only shut them off from the ponies a few days ago. 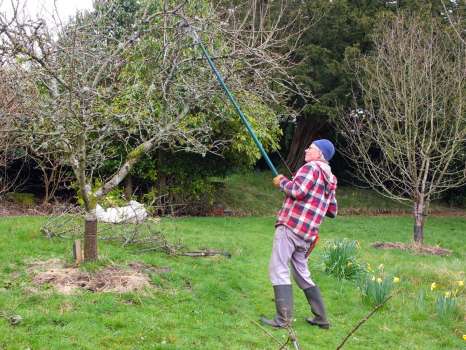 Migrant birds have to time their arrival with the emergence of insects. The three warm days we had last weekend brought willow warbler, cuckoo and chiffchaff from warmer climes but still no swallows. We worry as they should be here by now. Midges are aplenty, and driving the ponies mad, but still no swallows or bats to feed on them. Could the 'beast from the east' have affected them? Time will tell.

I've been told the ospreys in Foulshaw and Bassenthwaite have returned including the pair nesting on Esthwaite. That's good news. And this year many thrushes are calling loudly from the treetops. Their numbers fluctuate wildly each year so we never know if it will be a good year or not. They are the gardener's friend as we listen out for their tap, tap, tapping as they deftly extricate snails from their shells on a nearby stone or patio flag.

Timing is critical for bees as their winter stores are rapidly depleting and they are needing pollen and nectar from spring flowers. They have been gathering pollen from willows down by the stream and the first dandelions are appearing being urged out of their winter sleep by the warm weather. Norway maple behind the chicken coop is beginning to flower and abuzz with bees. 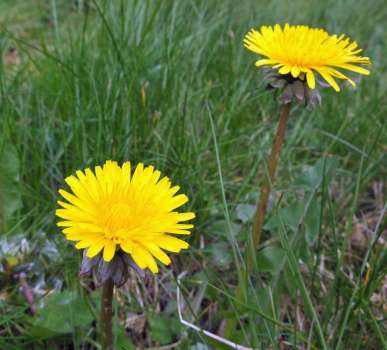 Even though the grass is beginning to grow we are still feeding the ponies our herb rich hay. We normally stop at the beginning of April as they don’t bother with it any more being much more interested in fresh grass. But they are still coming for the hay as the tender young grass shoots are not yet providing enough nutrition for them. When baling the hay we have to take into account that we might have a late winter like this year. Or an early winter. Or both. This spring we only just have enough. 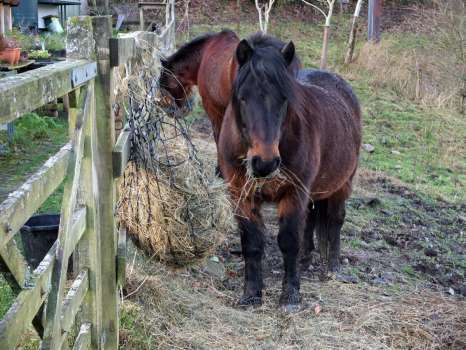 For bluebells timing is necessary for their survival. They have a brief window to grow enough in the light to flower and set seed before the tree leaves emerge in the canopy and shade them out. Will the late spring followed by the sudden warm spell throw their timing out of kilter this year? We watch with keen interest. 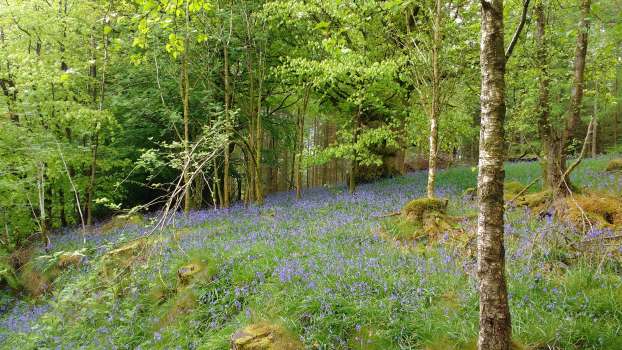