After a winter break on the blog and some slow time for us gardeners, it’s time to get back to work. In mid January we had our local primary school children come up and plant trees for the Queen’s Green Canopy. If you go on to the QGC website http://www.queensgreencanopy.org you will see us. The children planted two trees each and we gave the trees the ‘royal’ treatment. Along with them being enclosed in rail fencing to keep out deer and ponies, they had additions of compost and mycorrhiza fungi, individual mats to shade out weeds and keep in moisture and canes and guards to keep out hares and voles. We built 5 enclosures and the planting followed the old adage that ‘thorn is mother of the oak’. Each small enclosure had three hawthorn planted around an oak and with the larger enclosures such as the one in the photo we also planted cherry and hazel with a couple of oaks surrounded by hawthorn. In time these plantings will create a wood pasture effect softening the boundary of our species rich hay meadows and the forest. 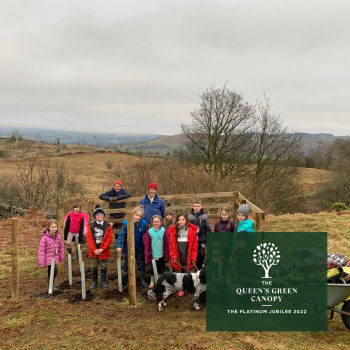 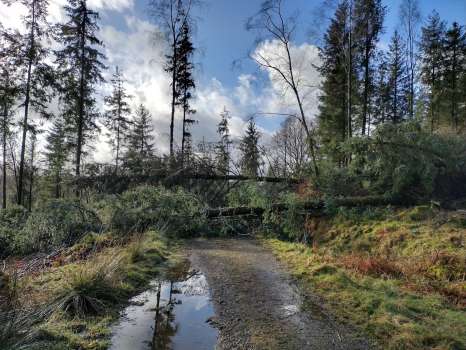