Apologies for missing a post. April was a busy month. For gardeners it has to be the busiest. On the 1st of May we took our ponies away to summer pasture. We closed off the hay meadows a fortnight ago and the rest of the fields needed a break, an opportunity for flowers and grasses to bloom and set seed. It is a welcome change of scene for the horses too. We’ve taken them to a friend’s fields down the road where they can mingle with another two ponies one of which is Quince’s half brother. They have rough, infertile, exposed fell land to wander about in, perfect for them at this time of year. We were feeding them our own hay right up until they left. With the cold late spring they have needed it. We made 120 bales last year and there are four left. 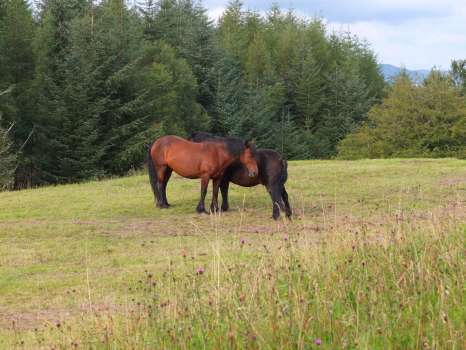 We fetched sixteen young laying hens a week ago - eight Marran hybrids and eight Black Rock hybrids - or ‘speckled’ and ‘blacks’ as the breeder calls them. No cock a doodle doo rooster at 4 am you’ll be glad to know. After a day in the hutch sorting out their pecking order and getting used to their new home they are now scratching around happily in the run we have made for them behind the yoga studio. We’ve added an extra layer of wire this year to foil Mr Fox and Mr. Badger. The hens gobble up any lettuces or cabbages going to seed that we chuck them and their manure will be welcome for making compost what with the ponies away for the summer. We bought them as ‘point of lay’ hens so they will be another month or so before starting to lay eggs. If you have a booking in the B&B this summer then you may very well be having their eggs. It is such fun to just plop down in among them and watch their antics. They all have such different personalities. We’ve named one so far - ‘Sparkle’ - only 15 more to go. 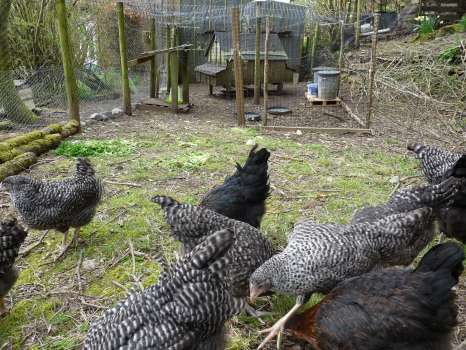 I took a few slugs in for them but they were perplexed and after a few exploratory pecks ignored them. Lucky slugs. This year we are supposed to be in for a slug explosion as the conditions are perfect for them - a wet summer last year followed by a mild winter. They are by far our greatest pest here. Well, not counting deer… We don’t use metaldehyde slug bait as I worry about it passing through the food chain and poisoning thrushes, beetles and whatever other brave consumers eat them but we do use ferrous phosphate pellets ok’d by the organic movement and also nematodes. The nematodes are a biological control only, hopefully, affecting ground living slugs but not snails. We grow our veg into sizeable plants before planting out and also use varieties that have some slug resistance such as the more bitter lettuces and endives. We try to take a multi-faceted approach to slug control but still concede a fair amount of our veg to the slimy critters.

The African migrants have arrived and are very welcome in this house. The swallows are nesting in the gable outside my bedroom window. Next week the swifts will be here, god willing. 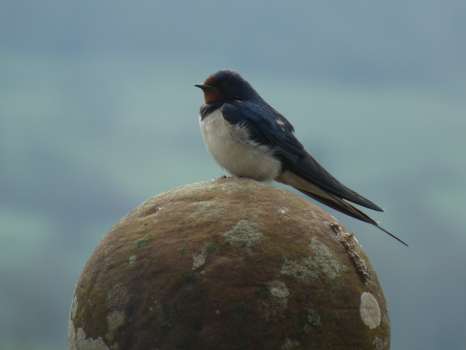