Ever since we arrived at Yewfield 22 years ago we have been asking what grows here and who shares this land with us. I remember the thrill of hearing my first buzzard mewing over the pastures in March 1993 and the slower delight of getting to know the plants that grow on our neutral to acid soils, many of them unlike those we had known on the South Downs. Knowing what is here is the basis for care of the land.

We are lucky that friends, guests and other interested parties have supplemented our own efforts at identification. One friend produced a list of breeding birds from an early morning walk and the Cumbria Wildlife Trust has taken an interest in Yewfield because of the diversity of plants growing here. This diversity is due both to the different habitats we have on the land and also to the way that we look after them. In fact because of its biodiversity Yewfield is designated a County Wildlife Site. The photograph below shows members of the Trust surveying our hay meadows back in 2010. 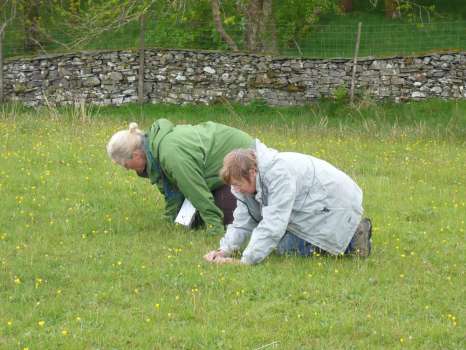 More recently a guest has done some surveying work at Yewfield as part of a university course. Debbie is studying Biological Recording and Species Identification and based one of her assignments on five fern species that grow here on walls. She also stayed for a few nights and used her field biology skills to find evidence of mammals. She employed night-time cameras, footprint tunnel surveys and live traps, as well as her own eyes and ears. It takes practice and keen observation to work out where to place the various pieces of survey equipment so as to get the best chance of a creature coming anywhere near it. The photograph below shows Debbie preparing a footprint tunnel. The tunnel is baited and animals walk over an inked area to get to the food then over sheets of paper, leaving their prints as they go. I don’t envy Debbie the job of trying to work out which small rodents left the tracks! 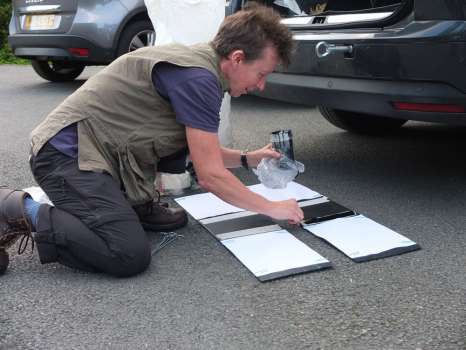 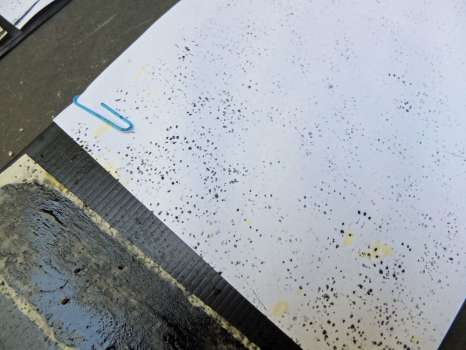 Debbie’s live trap was set up like a luxury hotel. There was fresh straw and a supply of enough food of enough different varieties to satisfy the needs of any rodent that wandered in for the night. The wood mouse that she found there the next morning was uncommonly rotund and had obviously feasted well!

The highlight of Debbie’s visit for me was our dusk stroll outside the house with her bat detector. We picked up pipistrelles and soprano pipistrelles. The occasional ‘raspberry’ burp signalled when a bat had caught an insect, one of the many that live and die in this beautiful place.

Debbie has kindly shared some of her work with us. To read her assignment on Ferns click here