Apologies for the gap in the blog entries as I have been in Canada celebrating my dear mother’s 90th birthday. After getting over jet lag and catching up on work, we are back in to the comforting routine of winter work on the land at Yewfield. I say the land rather than the garden because that is where most of our focus is in winter. Firewood gathering and preparation, tree planting and gate hanging have kept us busy in the last few weeks. There have been spells of rain (as the saying goes up here, ‘There is no such thing as bad weather in the Lakes, only bad clothing.’) but it has been mostly dry and cold. Ideal weather for these tasks. 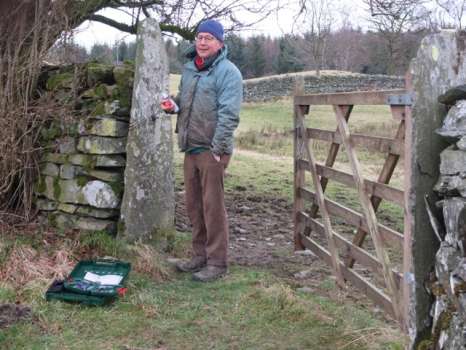 On our way up to plant trees in Sawrey Ground Plantation we noticed the ant hills lined up along the top of stone outcrops in High Field, their round form standing out in midwinter on the hay meadow. They have colonised parts of the meadows where the hay making machines can’t go. I was curious about this and remembered that we had a student staying here in 1998 who did a project on ants at Yewfield. I dug it out and will summarise some of his findings here.

He identified four species of ants at Yewfield but there may be more as that was before we had acquired Sawrey Ground Plantation. The two species he identified that lived in the ant hills were the hill ant or yellow meadow ant Lasius flavus and the red ant Formica rusca. According to his research, these two species can live in the same ant hill but they take up different parts of it. The meadow ant occupies the drier, upper, warmer part and the red ant the cooler, damper, lower part. Ant hills are symbolic of old uncultivated grassland with the larger hills estimated to be over 100 years old. From old maps High Field has certainly been a pasture for that time. Curiously the hills are lined up on an east west axis on the ridges getting the most from an open southern exposure. 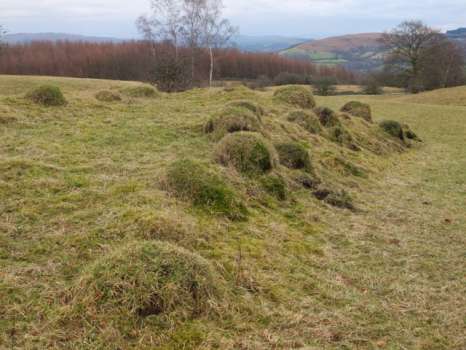 From a plant perspective ant hills are an ecosystem in themselves. On the drier, well drained, south facing side of the ant hill locally rare species such as creeping thyme, mouse eared hawkweed and heath grass find a niche where they can thrive. 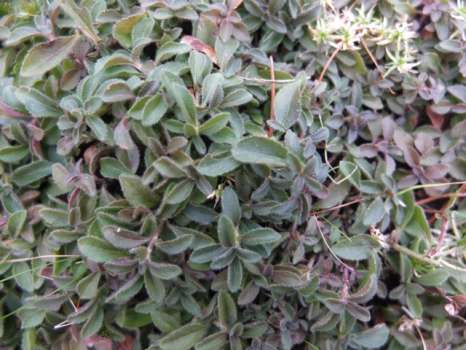 The meadow ant mostly lives on honeydew ‘milked’ from aphids along with the nectar from wild flowers. It so happens that we have a belt of sycamore trees along the edge of the meadow and beside the track to Tarn Hows - a bounteous supply of aphids in summer. The red ant, unlike the meadow ant, stings by exuding a drop of formic acid. The clue is in the genus name - Formica. It forages underground and is rarely seen on the surface, sometimes cultivating root aphids that live off of grass roots that extend into their underground nests. From the photos we see holes in the ant hills - possibly because of badgers but I suspect green woodpeckers. Fascinating creatures ants and all part of the fascinating and intricate web of life here at Yewfield. 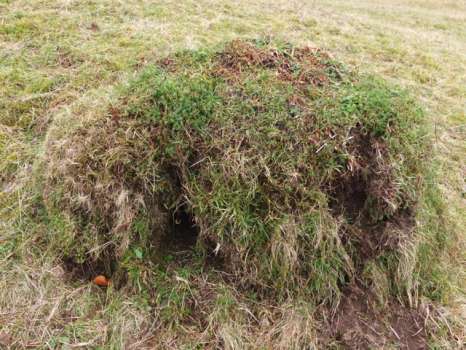