Order returns to the garden

August has turned out to be the coolest and wettest in 25 years up here in the Lake District. Add to that the showery July and it has been a dismal summer weather-wise for tourists. It doesn’t seem to daunt them though as we have never seen the Lakes so busy. Could it be the weak pound? Could it be the news that we are now a World Heritage Site? As I write this it is bank holiday weekend and drizzling outside and the guest house is bursting at the seams.

The garden and land work goes on whatever the weather with hedges to trim, honey to gather and deer to outfox. As mentioned in the last blog just as phlox, lysimachia, day lily and monarda were about to flower on the patio our resident ‘Bambis’, there are three of them, nipped off the flower buds. I’m sure they thought they were helping us by doing a bit of dead heading but they over-stepped the mark. In response we have hurdled and gated up the patio preventing the little cutie-pies from getting in. It seems to be working as cosmos, rudbeckia and agapanthus are flowering away and able to strut their stuff. 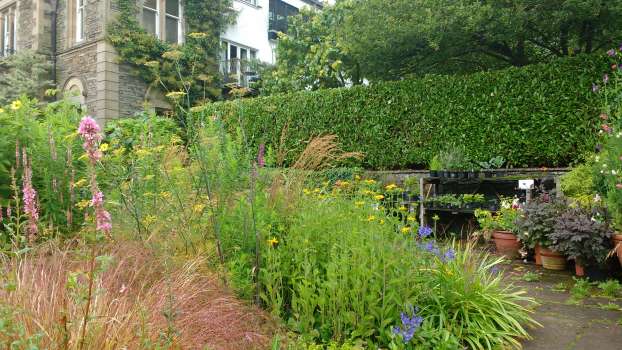 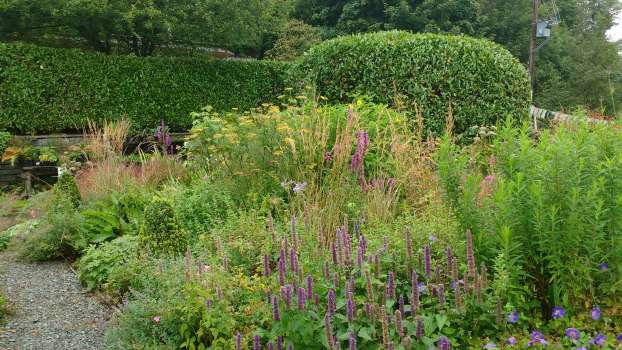 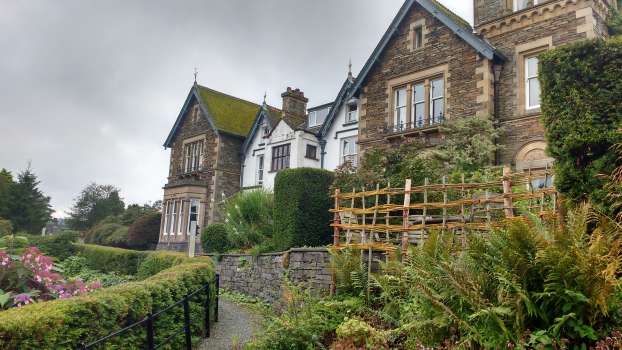 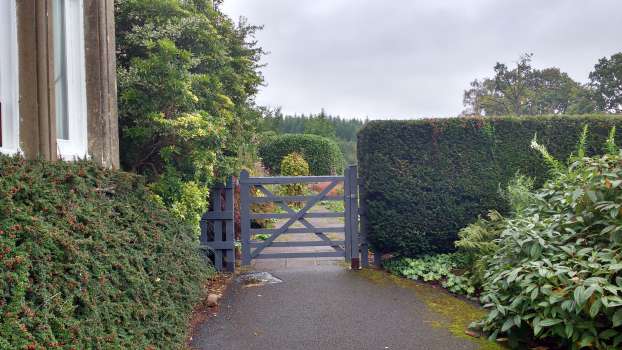 The honey harvest has been disappointing for us and even more so for the bees. In spite of the warm spring and early summer the bees have used up much of their stores coping with the last two cool and wet months. We have left most of the honey that remains after harvest for the bees and hopefully with better weather around the corner they can build up enough for winter. We have ivy and heather in the area so there is late pollen and nectar to be collected. We have sent off a sample of honey to the National Botanic Gardens of Wales where they are doing research into what flora pollinators forage. They examine the DNA of the pollen in the sample and then can tell you what plants your bees are collecting from. 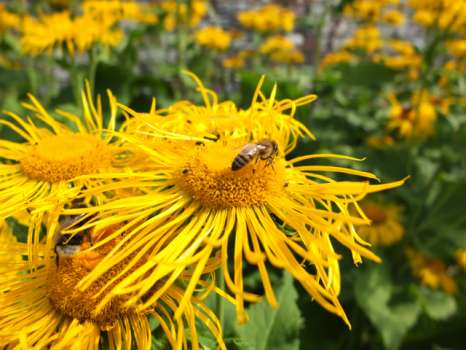 It has been impossible to get four dry days with a splash of sunshine now and again so we have had to give up hay gathering - for the moment. Hope springs eternal. We were able to get 120 bales in the barn in July but we would like anther 30 in case of a hard winter. The unreliable weather forecast promises a blocking high coming in from the continent next week. The same happened last year: as the August bank holiday ended the weather then turned and September was glorious. To be a gardener is to be optimistic in spite of all the evidence to the contrary. 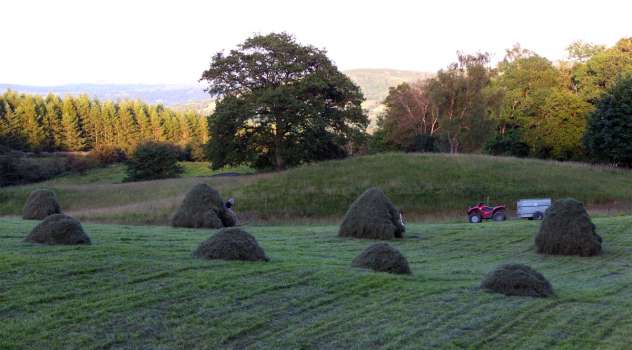 It is the time of year when gardeners need to impose some order in the lushness of the garden’s summer exuberance. With the able assistance of our friends Lynne and Steve from New Zealand and other wwoofers we have been able to tackle the many metres of hedges around the place. Although we like the rough and tumble look of our garden, along with the benefits it gives to invertebrates and birds, when the grass is cut, the hedges are trimmed, the paths weeded and veg gardens are looking tidy and productive there is a deep sense of satisfaction that a gardener feels. August is when order returns to the garden however fleeting.