Time for the chores

A dictionary definition of ‘chore’ is ‘a routine task, especially a household one’. There is usually the connotation that although it has to be done, the task is unpleasant. In the garden as in the house, there are many daily and weekly chores.

Here at Yewfield the day’s chores start with letting out our sixteen chickens from their coop. They are usually awake and talkatively greeting the day as I approach but when they hear me the chatter stops as they jump down off perches and crowd at the little door. When I lift the latch they come tumbling out in a stream, sometimes two or three deep so that they momentarily block the entrance, like Pooh Bear having eaten too much honey and unable to squeeze his tummy through the hole to Rabbit’s House. I feed them, change the water, strew bedding and collect eggs, which I take inside to clean and store. 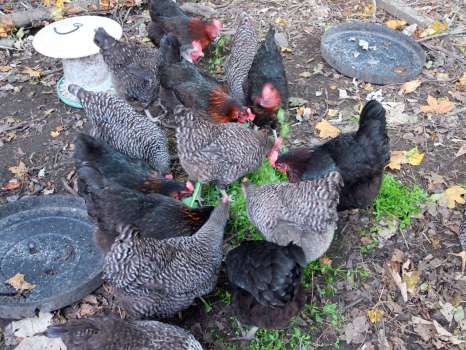 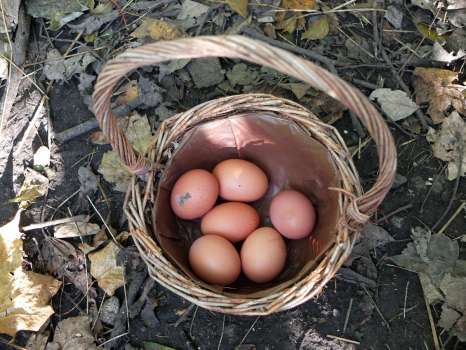 Greenhouse and polytunnel need attending to as well. During the last month or so of still, dry weather we have had many sunny days when the temperature inside builds up alarmingly unless we provide ventilation. It is also important to keep up the airflow to discourage fungal diseases like blight on the tomatoes. Yesterday the very last tomato plants of the season were taken out but both greenhouse and tunnel sport new crops of young, all-season lettuce and endives that need tending. The tunnel, especially, needs regular watering and thanks to a tank that collects rainwater from the stable roof and a hose leading down from it to the tunnel, we have water through the year for the task. 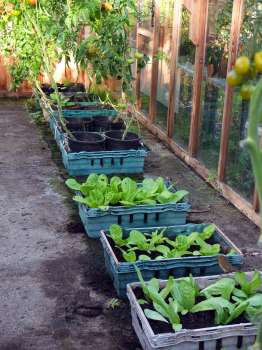 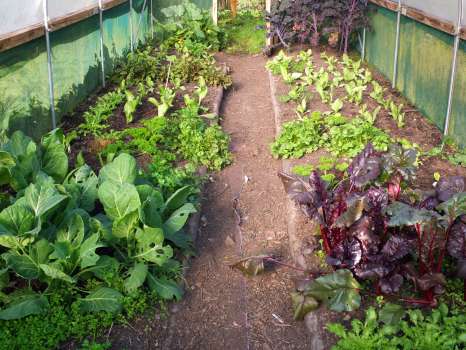 Another morning chore is emptying the compost bins from the kitchen, often two large ones that I haul one at a time up to the nearest compost heap. I doubt many compost heaps contain such a high proportion of eggshells as ours, but there are also kitchen scraps, garden weeds and trimmings, ash from the woodchip boiler and the occasional trug of horse manure collected from the pasture. In the picture below I can see mildewed courgette leaves from the tunnel, eggshells and fruit parings from breakfast, leeks from someone’s dinner, wood ash from the boiler in the living room, discarded flowers from vases in the house and spent summer bedding from the planters at Zefferillis in Ambleside: the compost heap tells many stories! 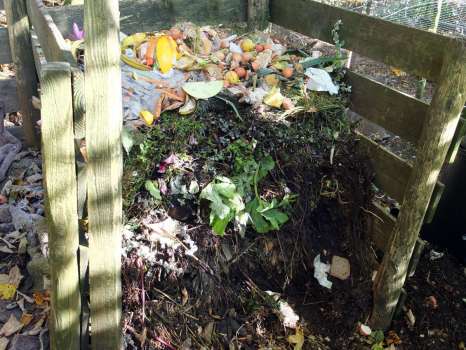 If the repetitive nature of these chores gets to me, I only need to remember that it is the constant revisiting of places, plants and animals that is the best medicine for the garden. It is this daily attention that helps us pick out a chicken that is not behaving normally or a build-up of bugs on a lettuce. Chore then becomes ‘care’ and I can go on my way with a lighter step.

One weekly chore is the servicing of the woodchip boiler, which involves dressing up in goggles and dust mask to empty the ash bins, and to protect lungs and eyes when I lean into the burning chamber to scrub it clean. It is this ash, as well as ash from the woodburners in the house, that sweetens our compost heaps. The other day I spent a good half hour bent double in the pouring rain scooping sodden masses of wood dust from the drainage channels at the base of the boiler building, which were no longer doing their job. The only reason I had to do this in those conditions was because I had failed to treat it as a regular chore! 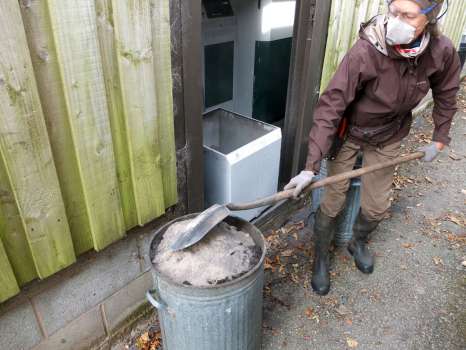 In this large garden you can cover quite a distance up and down slopes attending to the chores. This is another of the joys of the daily tasks as you can sense the changes day to day and in different lights – golden birch leaves catching the morning sun, the intensifying caramel scent of Katsura tree foliage as it changes colour, further blooms of asters and dahlias opening to the sunshine. Sometimes I do a chore in a distracted state of mind, focusing on what I want to do later but can’t do yet because of all these chores, and it is at times like these that the simple and undemanding nature of the chore can release me from this pointless mental chatter and bring me back to the present: the feel of the muscles as I lift the compost bucket, or of the smooth warm egg picked from its bed of straw.

This last month or so as we’ve passed the equinox the chores have marked nature’s daily rhythm. I can look up at the sky at the beginning or end of the day and see flocks of thrushes and finches streaming over the garden. When I give the chickens their last feed of the day, close up the vents in the greenhouse, and beat the bounds of the garden to check gates, I come full circle. Sometimes I sit on a bench and listen to the chacking calls of blackbirds from the garden’s shrubberies as they settle to roost. Time for a cup of tea!