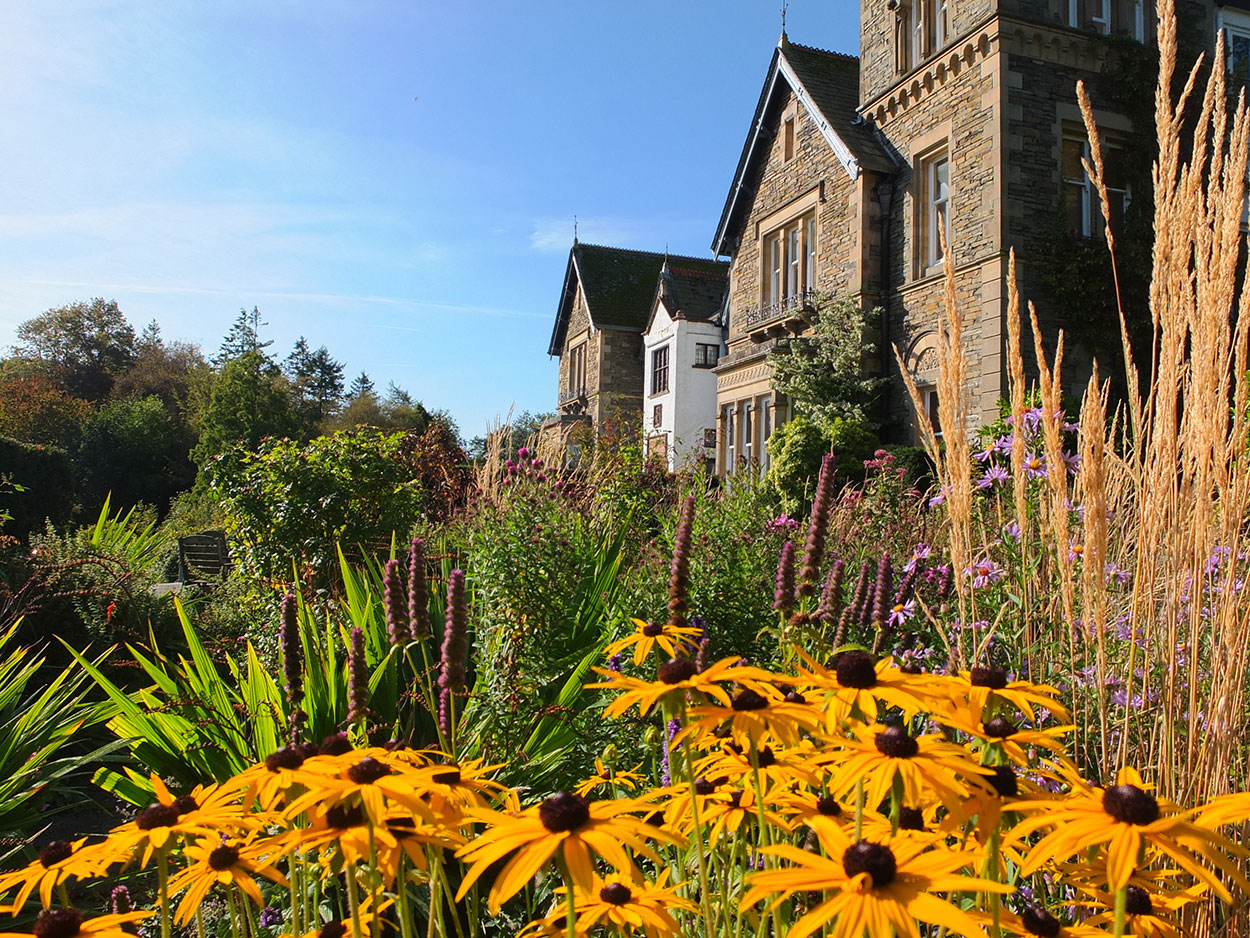 Native vs non native: both please

A screaming frenzy of swifts are circling around the tower. There are around eight of them but it is hard to count as they are so quick. Here one minute and gone the next. They zoom by the nest sites at the top of the house, crying out to the brooders and young that they are still around and waiting for the young to fledge. It is only a couple of weeks before they head south on their long journey to South Africa for the winter. Their frantic energy is contagious. Where do they get it from? They are such welcome visitors to Yewfield. I can’t imagine a summer without them. But where are the swallows this year? We used to have many nesters but for some reason they have deserted us. 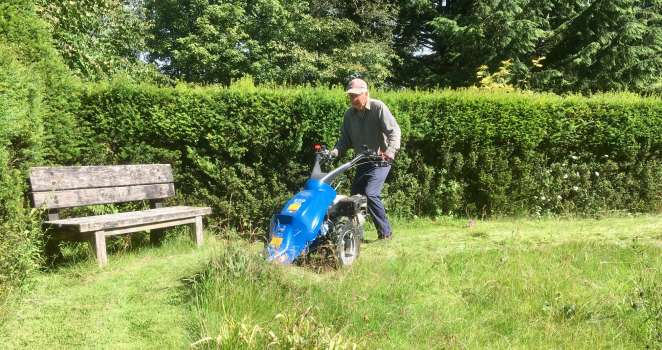 We have started to cut hay this week down on the lawn meadows in front of the house. It looks like we have three days of dry weather hopefully with some sunshine. It is day two, the morning is cool and the sky is overcast - not conducive to drying hay. It needs to be crinkly, crackly dry before we can bale it and store it safely over winter. That means, ideally, three consecutive sunny warm days. But even though the conditions are not ideal we have to start cutting as the summer is getting on. We can always put the drying hay on racks or stook it or pile it temporarily in the barn if it turns wet and wait until the sun returns. We then spread it again and dry it some more. Knowing when it is dry enough is an arcane science but after bitter experience of a barn full of musty hay we now know when it is ready to store. 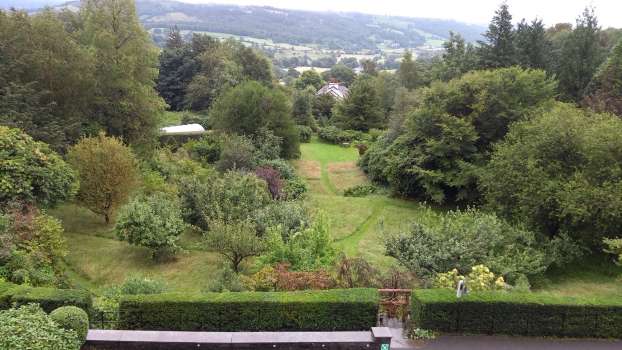 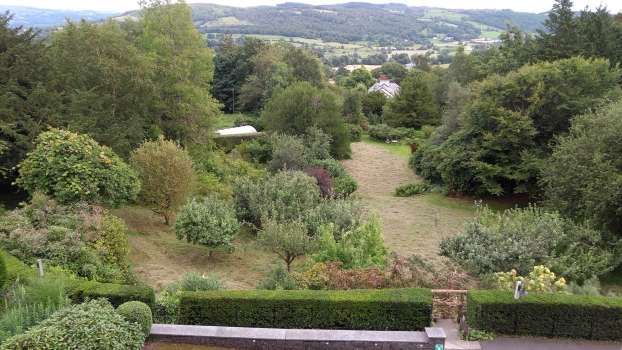 Except for the wealthier farmer who could buy in hay, how much dry hay a farmer could make governed how many stock he could overwinter. That is how hay was made for centuries in the UK’s cool damp northwest climate until the advent of large tractor-based machinery for silage and haylage systems over the last few decades. Hardly anyone goes to the trouble of making small dry hay bales nowadays and given our increasingly wetter summers up here in the Lake District it is understandable. However there is a downside to these productive modern methods. Big tractors, mowers, balers and wrappers are expensive with most hill farmers reliant on the current EU farming subsidies to be able to afford them. And it is well known that 97% of species rich hay meadows have been lost since WW2 with severe consequences to insect pollinators. The proposed Environment Land Management (ELM) subsidy scheme to replace EU funding post Brexit is supposed to only provide ‘public money for public good’ and not for food production based on land area as it is at the moment. Maintaining biodiversity by preserving species rich hay meadows is considered within the scheme a ‘public good’. So good news there for species-rich hay meadows but not for the farmer dependant on the old land area based EU subsidy system The two essentials we need for life are food and a healthy biosphere. The two are of course connected. There needs to be a way of farming in the UK that unites food production and nature. 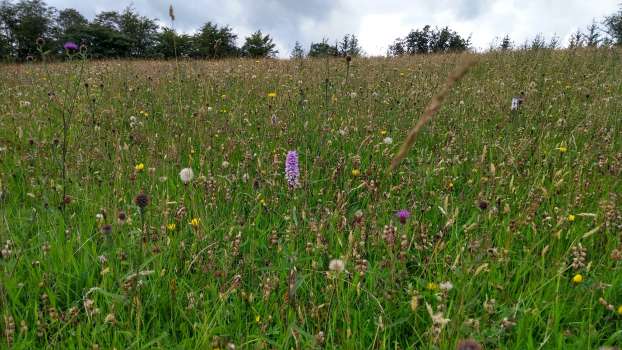 Bringing native plants into the garden such as marjoram, teasel, echium, foxglove and dandelion is one way of helping our beleaguered pollinators. I have been reading Dave Goulson’s latest book The Garden Jungle. He and other wildlife garden writers such as Ken Thompson (An Ear to the Ground) argue that ‘near natives’ such as agastache, eupatorium, monarda and dahlia are also excellent for pollinators and should be more widely grown. Which brings me to the plant of the month and it has to be the dahlia. We grow a variety of singles (better for pollinators) and doubles for their rich colours. Slugs also love them so supervision is required! 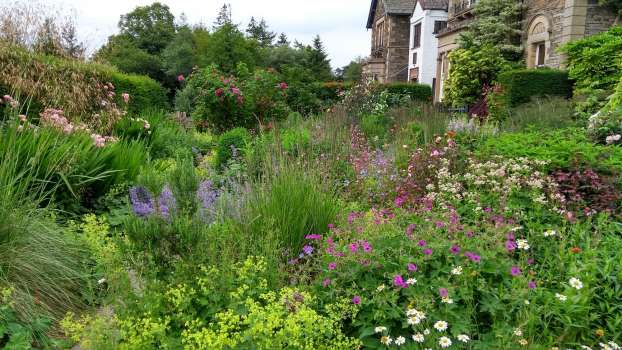 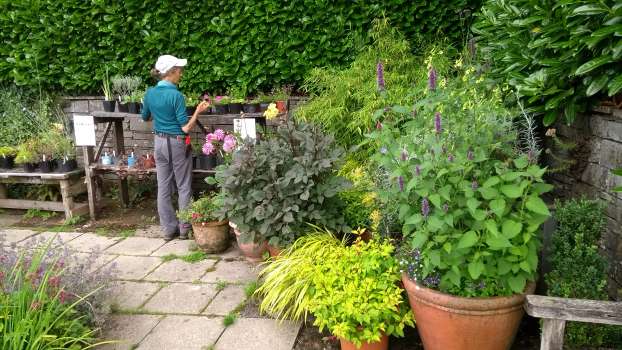 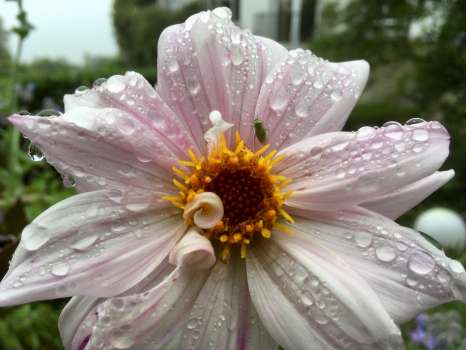 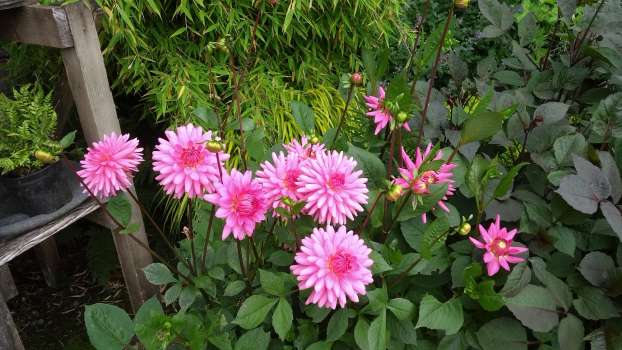 We grow our dahlias mostly in pots. We have lots of plants in pots which is silly really if one is trying to cut down on labour which we fantasise about, especially in summer, but they give us and our guest lots of pleasure. Who would ever want a low maintenance garden anyway?